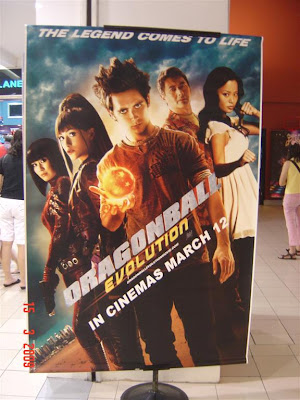 Yesterday, my Zharfan, my hubby and I attended the special screening of the movie at GSC 1Utama, being one of the consolation winners for the Dragonball movie contest organized by Astro Ceria. Thanks Astro!! (still hoping to have better luck next time ie to win the main prizes ;) 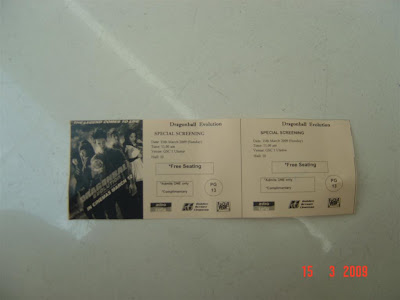 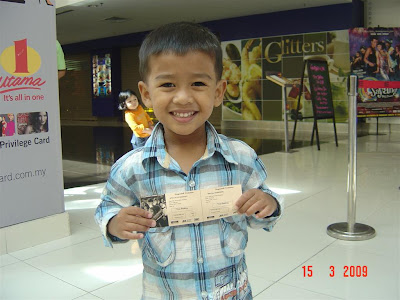 So here is my review for the movie (adopted some from the internet - too lazy to write from the scratch :p )

The story begins with Goku the teen hero (who just celebrated his 18th bday in the movie), seeks out upon his adoptive grandfather Grandpa Gohan's dying request to find the great Master Roshi (Chow Yun Fatt) and gather all seven Dragon Balls. Of which he has one, in order to prevent the evil Lord Piccolo from succeeding in his desire to use the Dragon Balls to take over the world. And the story is all about Goku's quest to obtain the mystical Dragonballs before Piccolo does. In his quest, he got couple of friends ie Bulma, Yamcha and Chi Chi (Goku's girlfriend). There's also a kissing scene in this movie ;)

I would give 3 star-rating (out of 5 stars) for this movie...simple plot, but quite entertaining, especially the special effects/CGI of the actions scenes.

Well, in the evening, I spent some time watching a dvd of a movie title "MADE OF HONOUR" - I bought the dvd quite some time ago, it's just that I had no time to watch it :) well, the movie is my favourite genre ie romantic comedy :p