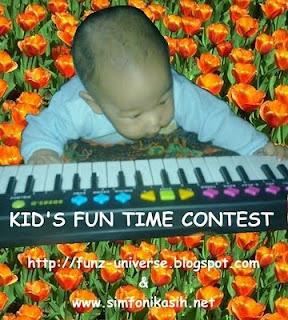 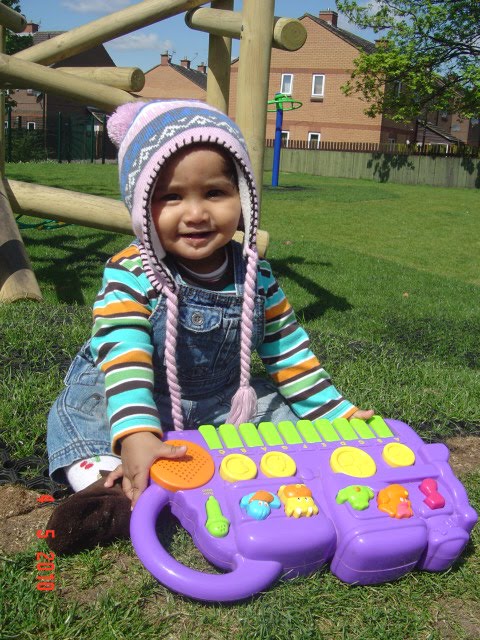 Lil bit abut the pic :
This pic was taken at a public park/playground  near our home.
In this pic, Ariff was posing with one of his fav toys...he likes the toys so much..and he likes it when Mama brought this toy for him to play in the park.
the toy is actually a music toy from which Ariff can learn to recognize certain animals, their sounds, as well as different colours and nursery rhymes too
In this pic, Ariff is sooooo excited and 'khusyuk' playing with his toys,
can see him 'drooling'...
ni memang his cute habit..bila excited automatic terus drooling hehehhe
but when Mama said Ariff smile baby, Mama wants to take picture,
Ariff dgn sportingnya terus senyum!!
Love u my sweetheart!!
THIS CONTEST IS BROUGHT TO YOU BY http://funz-universe.blogspot.com & www.simfonikasih.net